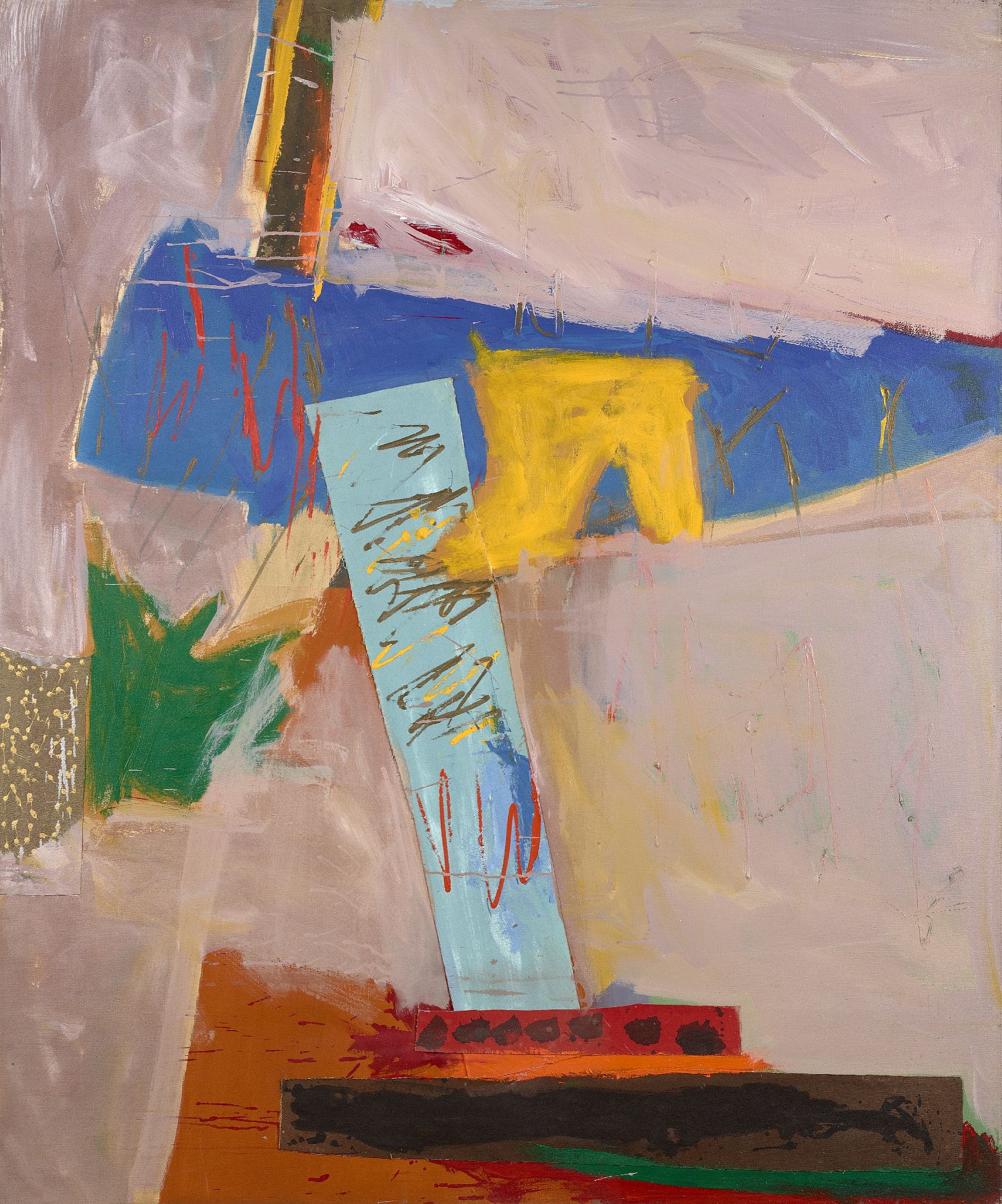 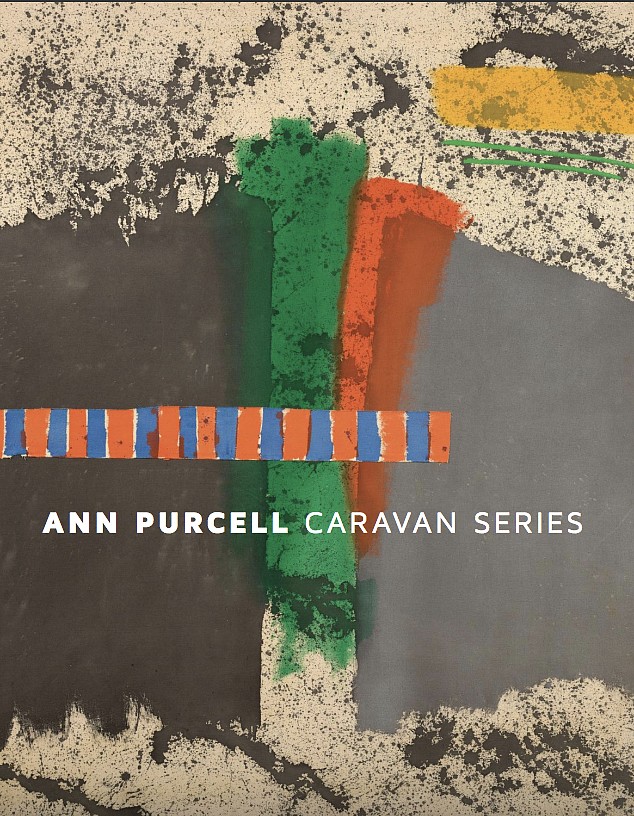 NEW YORK, NEW YORK, December 12, 2017 – Berry Campbell Gallery is pleased to announce a special exhibition of paintings from the 1980s by ANN PURCELL from January 4 through February 3, 2018. The opening reception for “Ann Purcell: Caravan Series” is Thursday, January 4 from 6 to 8 pm.

For Ann Purcell, a nationally recognized artist, whose abstract work is represented in museums across the United States, process is a critical factor. The gestural and alive qualities of her paintings, collages, and works on paper reflect her use of process as a means of expression and exploration, as she works within tensions of paradox, ambiguity, duality, and contradiction. Her method is related to dance—an important form for her beginning in her childhood—as well as to music, while she draws on her thorough grounding in European and American Expressionist traditions. The breadth of art history is also an important source for Purcell; she states that “one of the things that is so wonderful about art is that art history is an endless resource—one cannot consume it all. There are thousands of years of art to mine and find a challenging and supportive foundation for the artist.” In the catalogue for a solo exhibition of Purcell’s work at the Corcoran Gallery, Washington, D.C. (1976), the museum’s chief curator Jane Livingston noted Purcell’s “fluidity with a vast range of idioms.” Livingston wrote: “Purcell is among the most disciplined and prolific artists I have encountered: the number of fresh, sometimes startlingly brutal, sometimes exquisitely refined works she manages to create in the continually ongoing process of her production is proportionately remarkable.”

Purcell was born in 1941 in Washington, D.C. and raised in Arlington, Virginia. She studied independently in San Miguel de Allende, Mexico, and received her B.A. from the Corcoran College of Art and Design and George Washington University, Washington, D.C., in 1973. She went on to receive her M.A. in Liberal Studies from New York University in 1995. While finishing her degree at the Corcoran, Purcell took a summer course with Washington Color School painter Gene Davis, who became her mentor and lifelong friend. Through Davis, she met Jacob Kainen, who had been Graphic Arts curator at the Smithsonian. Purcell recalls often walking through museums in Washington, D.C. with Davis and Kainen, considering the historical context of works of art and critiquing them analytically. Her development was also shaped by time spent in the artist’s colony at Provincetown, Massachusetts, beginning in the summer of 1984. She first went to the Cape Cod artist’s colony on the recommendation of E. A. Carmean, Jr., then chief curator of twentieth-century art at the National Gallery. In Provincetown, Carmean introduced her to Robert Motherwell, whose work Purcell admires and from which she has drawn inspiration. Other sources of influence for Purcell have been the cutouts of Matisse and the art of Helen Frankenthaler and Mark Rothko.

Purcell first exhibited her work in 1971, when she had a solo exhibition at Villa Roma Gallery in San Miguel de Allende. Subsequently—in addition to her 1976 exhibition at the Corcoran—she has had solo shows throughout her career, including two at Tibor de Nagy Gallery, New York (1980, 1983). She has also participated in numerous group exhibitions, including many museum shows, at such venues as the Albright-Knox Art Gallery, Buffalo, New York; the Corcoran Gallery of Art; and the National Museum of Women in the Arts.

Working in series, Purcell draws together a wide range of sources in art history and life, uniting associations and extrapolations. Her “Caravan Series” of paintings, which emanate from Matisse and his cutouts, evoke travel as well as “finding new things, places of influence, buying old things, ancient histories, and open discoveries.” The diptychs and triptychs in her “Kali Poem Series,” which developed over a twenty-year period,” incorporate ideas of duality, polarity, and complex paradoxes in greater spatial complexities of deep atmospheric space.”

Throughout Purcell’s career, critics have given recognition to her willingness to experiment and seek new ways of making her experiences come viscerally to life. In 1976–77, when Purcell was included in Five Plus One, a group exhibition at the Corcoran Gallery, Benjamin Forgey observed in ARTnews that the “light-filled paintings of Ann Purcell, alone among the artists in pursuing a complex, painterly style, are a delightful, sensual explosion.” In 1983, Dan Cameron took note of a few exhibitions of Purcell’s work in an article in Arts Magazine. Describing Purcell as “a fervent disciple of modernism,” he remarked on the way she brought together painting and drawing in the collages in her “Playground Series” “by manipulating edge, mass, and composition in a single gesture.” Cameron went on to comment that Purcell had extended the “metaphoric velocity of her pieced paintings” into paintings themselves, in which she developed new methods of applying “thin lines, drips, oilstick calligraphy, and controlled skeins of color that act as chromatic splinters.” Observing that within a picture, these elements served to hold the frontal plane in place, Cameron stated how Purcell was able to balance “the stable pictorial structure with a new sense of disorderliness.”