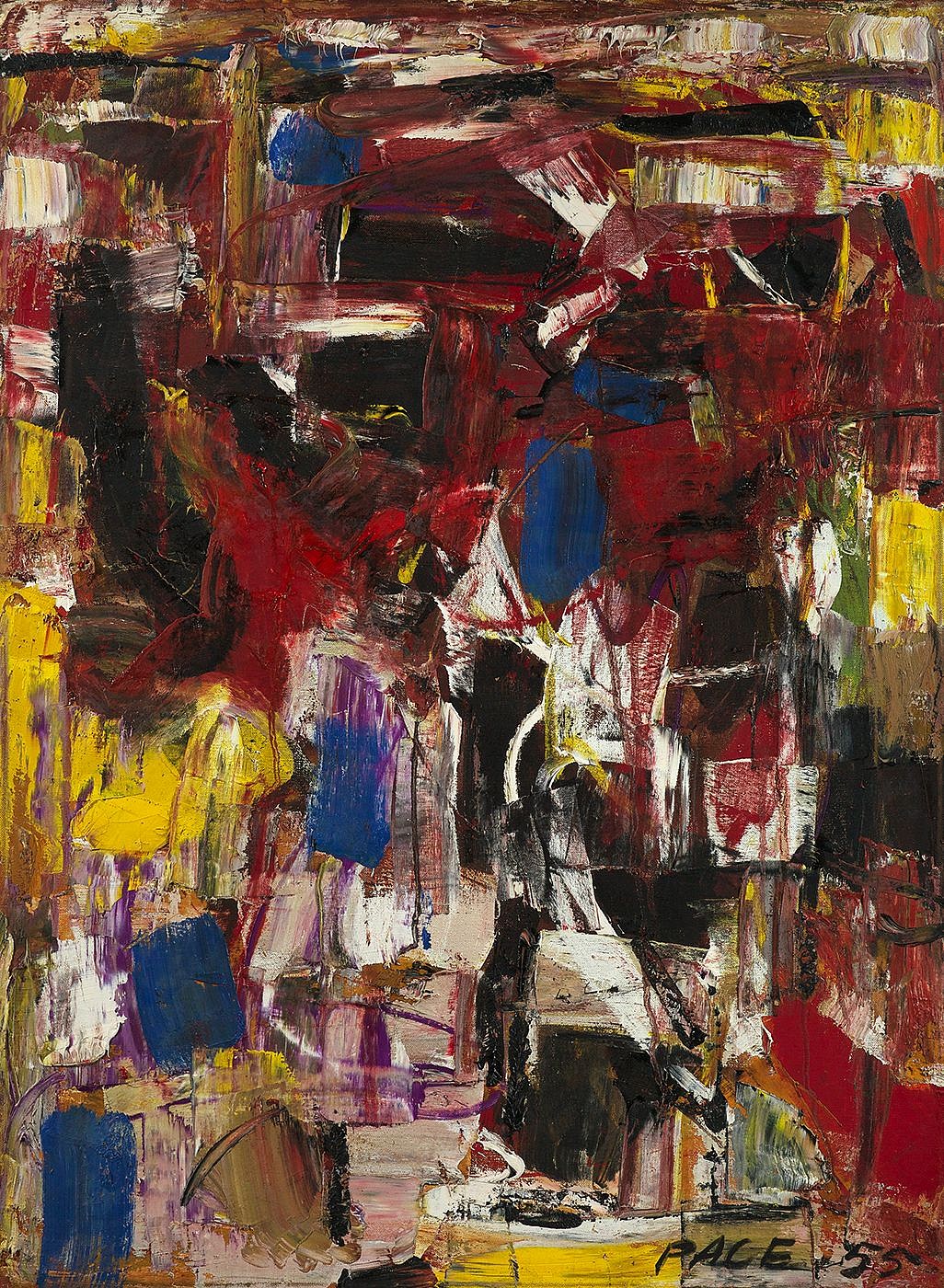 NEW YORK, NEW YORK, October 16, 2014 – Berry Campbell is pleased to announce its first exhibition of the Abstract Expressionist paintings of Stephen Pace (1918-2010). The exhibition will include thirteen important paintings and works on paper from the 1950s and early 1960s, including a large-scale institutional painting that has never been on view. Berry Campbell announced their exclusive representation of the estate of Stephen Pace last month.

Inspired by his studies with Hans Hofmann, Pace’s work from the 1950s is characterized by dynamic brush strokes, shifting planes of color, and pulsating jagged forms. In a 1959 article from Look magazine, Hofmann referred to Pace as one of his most talented pupils. In 1961, the critic, Thomas B. Hess, called Pace a “brilliant member of the second generation of New York School painters that burst on the scene, in the early 1950s, fully made, as if from the forehead of the Statue of Liberty.”

Pace was born in Charleston, Missouri, and spent his youth in Indiana.  He received his first training in his teens from a W.P.A. painter. During World War II, he served in the Army, creating views of combat and local scenery and designing posters.  He became a frequent visitor to the home of Gertrude Stein while on active duty in Paris.  After the war, he studied on the G.I. Bill at the Institute of Fine Art in San Miguel Allende, Mexico, where he became a lifelong friend of Milton Avery.  Settling in New York, Pace studied at the Art Students League under Cameron Booth and Morris Kantor as well as Hans Hofmann’s school.  Over the course of his career, he taught at many institutions, including American University, Washington, DC; Bard College, Annandale-on-Hudson, New York, Pratt Institute, New York; University of California, Berkeley, California; and Washington University, St. Louis, Missouri. Throughout his career, numerous solo exhibitions of his work were held at museums and galleries.  He took part in historic exhibitions at the Stable and Tanager galleries and in important group shows, including annuals at the Carnegie Museum of Art, Pittsburgh, Pennsylvania; the Corcoran Gallery of Art, Washington, DC; the Museum of Modern Art, New York; and the Whitney Museum of American Art, New York.

The opening reception will take place on Thursday, October 16 from 6 to 8 pm.  The exhibition will run through Saturday, November 15, 2014.  Berry Campbell is located in the heart of Chelsea at 530 West 24th Street on the ground floor.