An artist for whom life and art were intertwined, Edward Zutrau (1922-1993) worked with dedication, energy, and intensity throughout a long career—lasting from the 1940s through the early 1990s. While he resided mostly in Brooklyn and Manhattan, his travels had an important impact on his creative development, especially the five years he spent in Japan, where his art received a significant amount of appreciation and recognition. Blending precepts of the New York School with a strong physicality, Zutrau’s works draw the viewer into both feeling and contemplation. His art was admired by his close friend Betty Parsons, who held three solo shows of his paintings at her renowned New York gallery from 1972 to 1980. As an art teacher, Zutrau inspired his many students with a love of materials and art as a means of self-expression rather than of technical virtuosity. He upheld the high ideals he conveyed in his teaching in his own work, which was always idea-driven, representing his constant search for clarity and concision.

Born and raised in Gerritsen Beach, Brooklyn, Zutrau received his first exposure to art from his maternal grandfather Michael Gunderson, a designer for the National Can Company. Beginning at age four, Zutrau would sit next to his grandfather and create his own drawings, while Gunderson was at his drawing board. Gunderson encouraged and guided Zutrau, including helping him to enroll at age thirteen in art classes at the Brooklyn Academy of Fine Art. There he was taught by the school’s founder and sole instructor, the Italian emigré Michele Falanga (1870–1942), a realist artist who felt that modern art was misconceived.[1] Falanga approved of Zutrau’s work and advanced him after two weeks from cast drawing in charcoal to the life class. Zutrau attended the High School of Industrial Art in New York City. After graduation, he enrolled in the Art Career School, also in New York City, studying drawing, painting, and commercial art for five years, two of which were funded by scholarships. With further scholarships, he studied for a year with Victor Candell at the Brooklyn Museum and for another year with Will Barnet at the Art Students League. He also received instruction for several months from Julian Edwin Levi at the New School.

In the 1940s and 50s, Zutrau lived in the area of downtown New York that later became known as Soho. There he was part of the group of bohemian artists residing in cold-water flats who “put Soho on the map,” as Zutrau later recalled. During this time, he supported himself by working as an art director at the James J. McMahon Advertising Agency, creating book illustrations and teaching drawing and painting in his studio and at the Art Career School. He first exhibited his work in 1947, at the National Academy of Design and the Brooklyn Museum. In 1951, he had his first solo show. Held at the Regional Arts Gallery in New York City, it included a group of drawings and watercolors “showing the bustle of New York streets.”[2] Zutrau’s second solo show was in 1955, at Perdalma Gallery on 57th Street in New York City. His work of this period evolved from a dynamic realist approach into an increasingly simplified abstract treatment of form, evoking echoes of Matisse and Gauguin, as well as an exploration of space and process influenced by the New York School. First Came Reason, Then Came Impulse, 1955, featuring geometric spatial divisions with strong gestural marks, exemplifies the issues Zutrau was addressing at the time.  Quiet Shapes, 1955, which draws the viewer into a direct feeling of its movement, is suggestive of the art of Barnett Newman.

In 1955 Zutrau married Kikuko Miyazaki, an artist and model, with whom he would have five children. The period that followed consisted of extensive travel. In 1958, along with his family, Zutrau left New York for Japan. During the following five years—during two trips—he had five solo shows of his work in some of Tokyo’s most highly regarded art galleries. The first, at Chou Koran Gallery in March of 1959, featured reductive compositions, mostly in a limited range of reds against black backgrounds, inspired by the theme of Bela Bartok’s “The Mandarin.”[3] Nonetheless, as the artist acknowledged, it was more the jacket for the record of the opera than the opera itself that had triggered the series. Reviewing the show for Yomiuri, Yūsuke Nakahara stated that “the canvases show boldness, which indicates the artist’s obvious lack of concern for conformity and also expressions of wit,” along with “the kind of strength which is quite unknown to refined, so-called tasteful work.”[4] Charles S. Terry, writing for the Asahi Evening News, noted the impact of Japanese art on Zutrau, in “forming his taste for large patches of solid color.”[5]

Three of Zutrau’s Japanese exhibitions were held in 1960: at Tokyo Gallery in March, at the Takegawa Gallery in June, and at the Mudo Gallery in November–December. Embracing stronger color contrasts and more free-form shapes, the work of this time, such as Tokyo Abstract, reflect a synthesis of Japanese and Western aesthetics. In a review of the Tokyo Gallery exhibition, Nakahara stated that whereas Zutrau’s first show had been “characterized by humor and wisdom,” his second offered up a “hymn of a happy world of bright colors and harmony.”[6] Another critic, writing for Tokyo Shimbun observed the surface tension in Zutrau’s work, while noting: “Shutting out noise and dynamism, [Zutrau] tries to create a vision of absolute quiet.”[7] A review of the Takagawa show in Bijutsu Techo noted: "In these times when many painters use a method of starting a painting without any idea and go about pulling out vague things from the canvas, this painter’s approach is almost entirely the opposite. That is to say, everything is decided on the strength of the original idea and impulse. This way of painting is extremely simple and direct but such single-mindedness, I feel, is what is lacking in our present-day painters." [8]

Zutrau’s exhibition at Mudo Gallery was accompanied by a catalogue with an essay by the prominent Japanese art critic Kinhide Tokudaji, who commended the artist’s “deep conviction” and his “very clear and strong” means of expressing himself.[9] In a review of the show, Thomas Ichinose observed that the twenty-one oils, “painted broadly with a brush, in clear primary colors expressed a variety of spaces” that could be related to art by New York painters such as Rothko, Still, and Newman, but were “undeniably original.”[10]

Zutrau and his family lived briefly in Hawaii during the holidays in 1961. Due to Zutrau’s admiration of Gauguin, they stopped in Tahiti, before moving on to France. In the following year, they lived on a rural farm in Ussy-sur-Marne, France, about forty miles north of Paris. They returned to Japan in the spring of 1962, residing in Shibuya. Zutrau’s last show in Japan was at the Nihonbashi Gallery in Tokyo in May of 1963. It included works in a range of sizes and approaches. A critic for the Mainichi Daily News observed that Zutrau’s painting was “obviously American, of the New York School of abstraction, a kindred of Rothko, Still, and Newman’s, but its combinations and emphases add up to a new freshly realized original work. This is enhanced by means of certain conscious or perhaps unconscious additions of quite subtle qualities of space and color probably achieved through knowing about the arts of our tradition.” The critic concluded that Zutrau was “steadily developing into one of the best of today’s American artists as his works begin to reveal an unexpected variety and range of expressive possibilities, through a very pure, mature sense of form.”[11]

Zutrau was back in New York in 1967, when he had a solo show of paintings created in Japan at the Westerly Gallery on West 56th Street. Abram Lerner, the first director of the Hirshhorn Gallery, was among those who visited the exhibition. While continuing to pursue his art career, Zutrau freelanced as a commercial artist and art teacher. He was dedicated to the many students he taught at several institutions, including the Fashion Institute of Technology, New York University, The New School, and Hofstra and Adelphi Universities. The copious notes he prepared for his teaching reveal that he instilled in his students the need for them to make their materials and tools intrinsic to their art and creative lives, and he impressed on them the idea that painting was not just a matter of skill but instead a way of seeing the world and coming to terms with it.[12]

By the early 1970s, Zutrau had become a close friend of the art dealer Betty Parsons, who held three shows of his work at her historic New York Gallery (1972, 1975, and 1980). In 1972, Zutrau showed a series of square paintings bounded by brushy lines running parallel to their edges. A critic stated: “Like calligraphy, but without its standardized precision, these four lines tend to be read around rather than immediately seen as a painted echo of the canvas shape. One becomes aware of the squareness by tracing the lines, by feeling the eyes move horizontally, turn a corner, move vertically, etc.”[13] His 1975 show consisted of square canvases featuring tonal harmonies and varied surface effects that evoked basic elemental forces of water, earth, fire and air. The gallery’s announcement described the paintings as” a tactile sanctuary of painted curtains of sand,” commenting that they were “like the moment of seeing a wall of rain clearing into sunny saturations of light. The announcement quoted Betty Parsons, who remarked: “They are timeless, as if they stop time, itself.”[14] Zutrau was more affirming of the surface in the works he showed in December of 1980. A review in Arts Magazine commented: "What is happening here already happened or is waiting to happen, that could be timelessness or just out of time. The color of the work, like a smog sky blue or a barely ripe tomato red, creates the singular response, while the rectangle encased in the picture plane acts as the vessel for that experience. The way in which that box is made, and how tightly it hangs inside the canvas, sets in motion the quality of that experience. These highly particular ingredients lodged in each canvas create a very controlled experience. In a sense this control allows for the most freedom of out-of-controlness. In the same way, the prescribed harmony of these images is so extreme that tension builds inside them. These are very interesting paintings, and unusually worthy of contemplation."[15]

Parsons died in 1982, and Zutrau was included in a memorial exhibition at her gallery in May through June 1983, along with gallery artists including Jack Youngerman, David Budd, Richard Pousette-Dart, Leon Polk Smith, and Hedda Sterne. He continued his career as a painter and teacher until the end of his life in 1993, when he passed away unexpectedly at age seventy-one in Mineola, Long Island, New York. During his years in Japan, Zutrau’s paintings were in high demand, entering many significant private collections. Parsons, who owned works by Zutrau, was dedicated to placing his art in prominent collections, as Calvin Tomkins noted in an article in the New Yorker in 1975.[16] The Wadsworth Atheneum, Hartford, Connecticut, is among the museums in which Zutrau is represented. 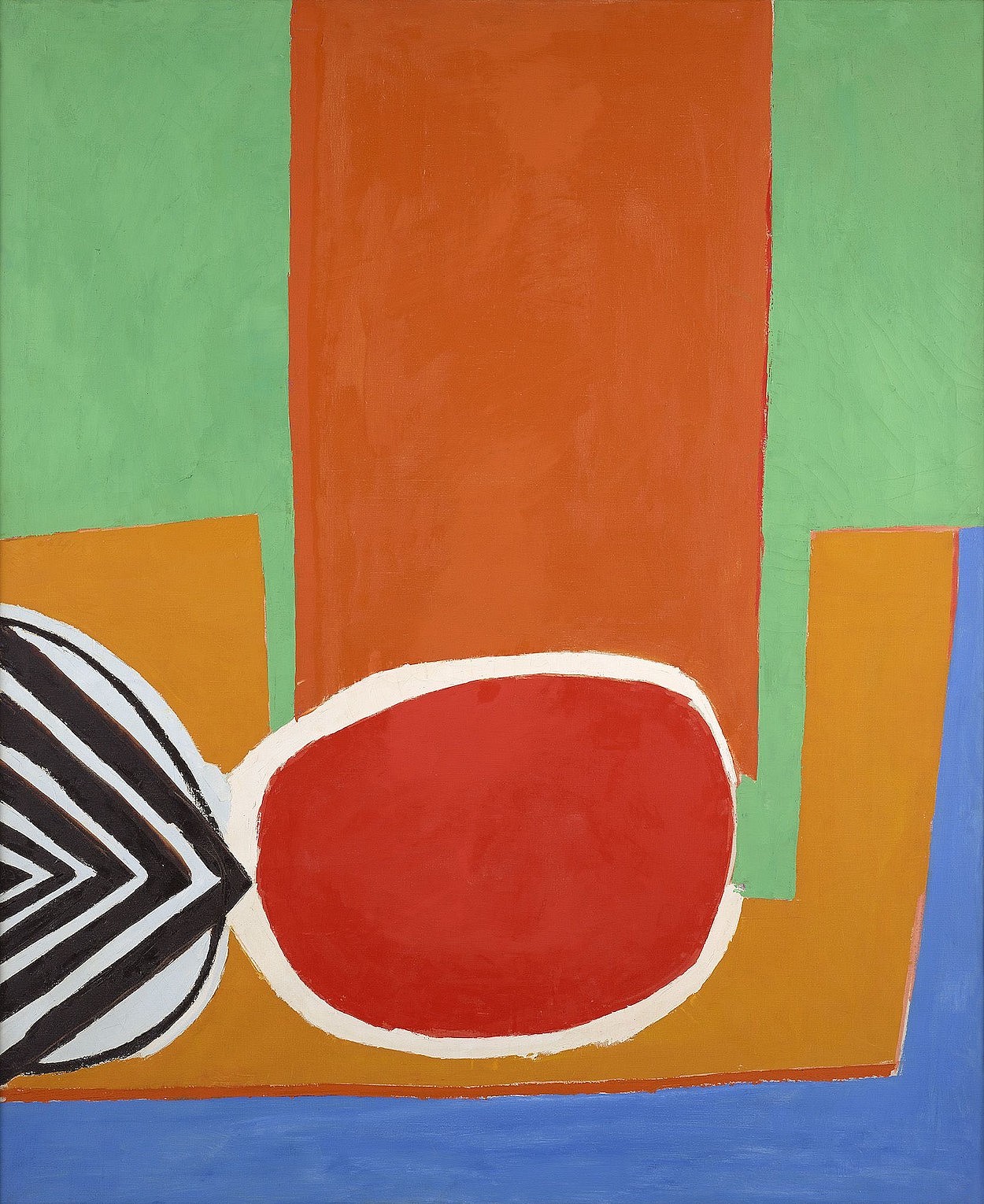 The first exhibition of the abstract... 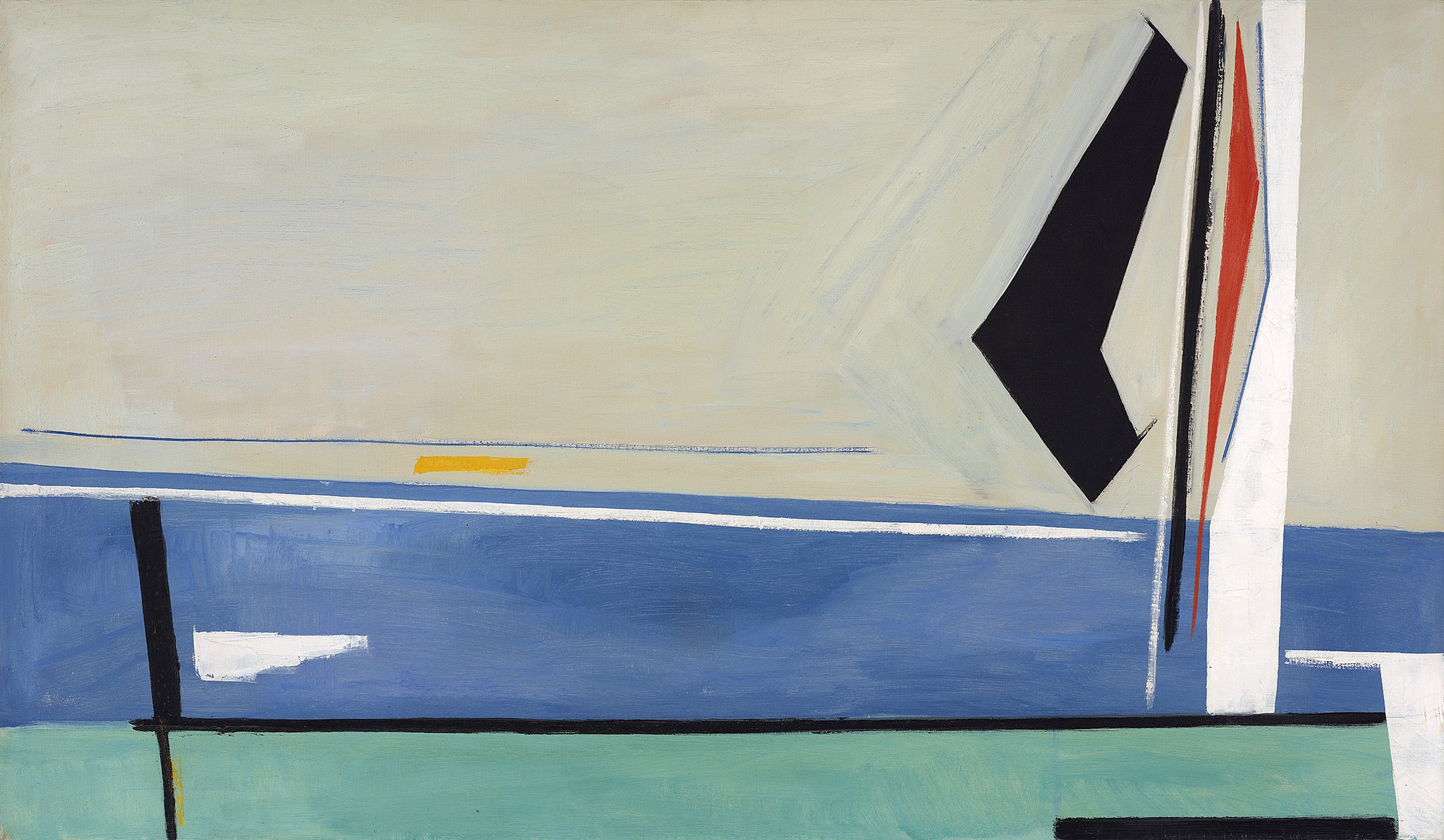 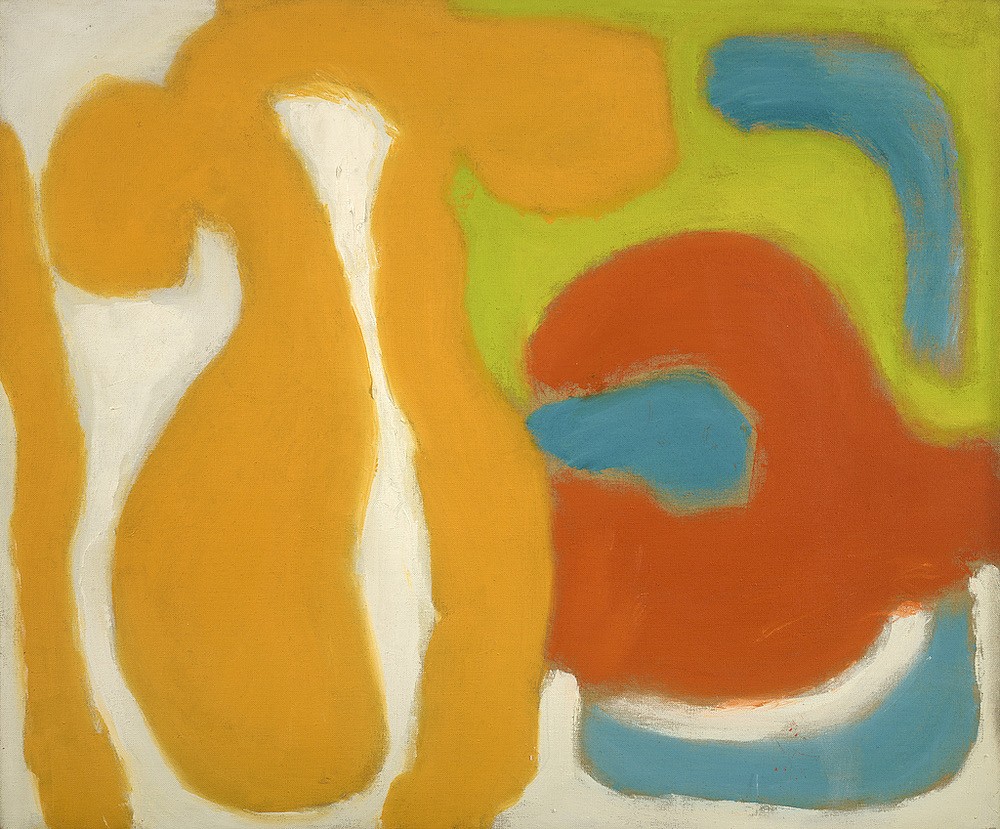 Berry Campbell is pleased to announce the...